I'm finally ready to share what I've been working on these past months: a revised edition of my second book Tablet Weaving in Theory and Practice: Vacant-Hole Pinwheels. I've learned a lot about writing, photography and book production since 2019 when I released the first edition (including how to put text on the spines of the hard-copies!), so after I completed the revision of my first book (Warp-Twined Angles), I turned my attention to Vacant-Hole Pinwheels.

As part of the revision, I added an extra draft to the book, so if you already have the first edition and don't want to buy the entire thing again, you can find the extra draft here. I also corrected the small errors in Pinwheels 23 and 24. I'll be leaving the errata page for them where it is for owners of the first edition. Again, my thanks go to Mark R. who spotted the error in the two drafts.

My next book project is something entirely new and will hopefully be ready to share in the spring of next year. 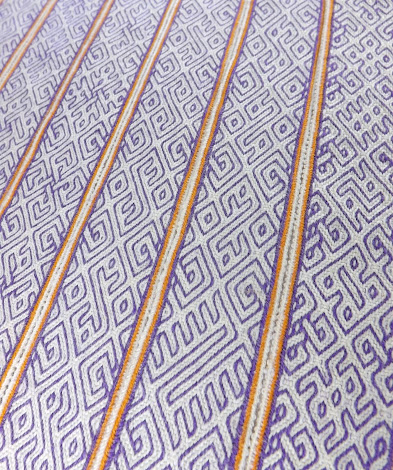 Posted by Catherine at October 14, 2021
Email ThisBlogThis!Share to TwitterShare to FacebookShare to Pinterest